Alan Dershowitz - She's no hero: Sally Yates should have resigned

Sally Yates is not a hero, nor did she act properly, when she instructed the entire Justice Department not to defend President Trumpâ€™s wrong-headed executive order on immigration. The reasons she gave in her letter referred to matters beyond the scope of the attorney general.

She criticized the order on policy grounds and said that it was not â€œright.â€ She also referred to it as being possibly unconstitutional and unlawful. Had she stuck to the latter two criteria she would have been on more solid ground, although perhaps wrong on the merits. But by interjecting issues of policy and by directing the Justice Department not to defend any aspect of the order, she overstepped her bounds.

An attorney general, like any citizen, has the right to disagree with a presidential order, but unless it is clear that the order is unlawful, she has no authority to order the Justice Department to refuse to enforce it. This order is multifaceted and complex. It raises serious constitutional and legal issues that deserve nuanced and calibrated consideration from the nationâ€™s highest law officer.

There are significant differences between the constitutional status of green card holders on the one hand and potential visitors from another country who are seeking visas. Moreover, there are statutory issues in addition to constitutional ones. A blanket order to refuse to defend any part of the statute is overkill.

I, too, disagree, with the policy underlying the order, but I donâ€™t immediately assume that any policy with which I disagree is automatically unconstitutional or unlawful.

The president has considerable constitutional authority to control entry into the United States by non-citizens and non-residents. Congress, too, has some degree of control over our borders. The precise relationship between presidential and congressional power has never been defined by the Supreme Court. A responsible attorney general would seek to analyze these complex issues before jumping into the political fire with a blanket refusal to defend any part of the order.

In addition to failing to do her duty as attorney general, Sally Yates handed President Trump an underserved political victory. She gave him the power to control the situation by firing her, instead of herself maintaining control by resigning in protest. It is the president who emerges from this unnecessary confrontation with the undeserved status of hero among his constituents.

I do not know Sally Yates except by reputation. She is highly regarded as a career prosecutor and public servant. My criticism of her is not personal, but rather institutional. These are dangerous and delicate times, and anyone who wants to confront the newly elected president must do so with wisdom, nuance and calibration. She played directly into his hands by responding to an overbroad order with overbroad response.

President Trump has now appointed a new acting attorney general who will defend the order, or at least those parts of it that are legally defensible. Any individual Justice Department official who feels uncomfortable defending this controversial order should be given the freedom by the department to decline to participate in the case.

There are plenty of good lawyers in the department who would have no hesitation standing up in the courtroom and making the best ethically permissible argument in defense of the order. I have had many experiences with Justice Department lawyers who personally disagreed with the prosecutorial decision in particular cases, but who vigorously defended the governmentâ€™s position.

Sally Yates did what she thought was right. In my view she was wrong. She should neither be lionized nor accused of betrayal. Nor should President Trumpâ€™s critics, and I include myself among them, accuse him of doing anything even remotely close to President Nixonâ€™s infamous â€œSaturday Night Massacre.â€ Nixon fired the very officials who were seeking to prosecute him. That constituted a personal and unethical conflict of interest. President Trump fired Yates over policy differences. It may have been unwise for him to do so, but it was clearly within his authority.

Now we will see our adversarial system at work. Excellent and dedicated lawyers will continue to bring challenges throughout the country against this ill-advised executive order. Other excellent lawyers will defend the order vigorously in court. Ultimately the issue may come to the Supreme Court. That is the way our system of checks and balances is supposed to work.

Why it is wrong to compare this situation with Nixon:

Sally Yates did what she thought was right. In my view she was wrong. She should neither be lionized nor accused of betrayal. Nor should President Trumpâ€™s critics, and I include myself among them, accuse him of doing anything even remotely close to President Nixonâ€™s infamous â€œSaturday Night Massacre.â€ Nixon fired the very officials who were seeking to prosecute him. That constituted a personal and unethical conflict of interest

Alan Dershowitz is a plagiarist, a defender of the rights of the rich and famous, and a shill for the extreme right wing Israeli government.

Whatever is necessary to drive the Republicans crazy.
No slack for assholes for 4 years.

She has set herself up nicely for a post in the next Dem administration. Unless she's too old by the time it rolls in....

She got her 15 minutes of Royal Bitch fame!

Her job is not to agree with everything she is told.

Before she is an AG, she is an officer of the court.

what you say is is correct, and potentially a troubling aspect of Sessions appointment (being 'yes' man). The DOJ Office of Legal Counsel found that Trump order was legal and within his authority. AG supposed to step in, if some aspect is not constitutional/legal, which she failed to do.

Trump was right to fire Yates. But he managed to make it look petty and vengeful rather than proper.

Trump was right to fire Yates. But he managed to make it look petty and vengeful rather than proper.

She should have been fired for being stupid. A first year law student at some law school by mail degree mill could have figured out the EO was legal in about 20 seconds. She is #2 at the justice department? How did that happen?

Alan Dershowitz is a plagiarist, a defender of the rights of the rich and famous, and a shill for the extreme right wing Israeli government. 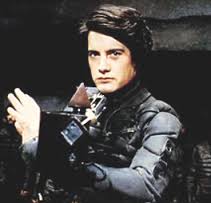 "Dershowitz... is a Killing Word."

What gave her the foolish notion that any of this was about justice?

She is #2 at the justice department? How did that happen?

Maybe just a publicity stunt, knowing that she is on her way out anyway

Trump is into laundering. I knew he was a clean man.

MisdemeanorRebel   2018 Jan 11, 6:02pm
In 2015, Michael Horowitz of the Office of the Inspector General wanted to access National Security Division records.

His request was denied... by a woman named Sally Yates.

Draining the Swamp starts with Deep Staters like McCabe, Yates, Comey, and others.
14