In a spoof of Trump's physical exam on Tuesday, in which White House doctor Ronny Jackson gave a press conference where he stated that he "found no reason whatsoever to think the president has any issues whatsoever with his thought processes" and that Trump had won a perfect score on his cognitive test, cast member Beck Bennett, playing Ronny Jackson, flattered the president's physical condition, from his age to his weight.

Sarah Huckabee Sanders, as played by SNL cast member Aidy Bryant kicked off the sketch by introduced "Dr. Ronny Jackson," saying that he was addressing the press in order to convince them "how now fat he is."

"At the time of examination, the president 71 years and seven months young, his resting heart rate was a cool 68 bpm, his weight a very svelte 248 pounds, he has a gorgeous 44-inch coke-bottle waist, and his height, 75 inches with legs that seem to go on forever," the "doctor" said when arrived at the podium. "It's my expert medical opoinion that the president has a rockin' bod with an excellent cushion for the pushin'. And if given the chance, I would."

Answering some skeptical reporters, Beckett maintained that Trump was in "peak physical condition" but that he does take medical supplements including pineapple juice "to keep things sweet."

Please read the quotes above. So it is OK to fat shame, if you also shame on other attributes. Therefore, saying you are an illegal and fat as a house is OK, I guess.
4

Please read the quotes above. So it is OK to fat shame, if you also shame on other attributes. Therefore, saying you are an illegal and fat as a house is OK, I guess.

I would have understood "hard dick"!

AF is an educator extraordinaire!
8 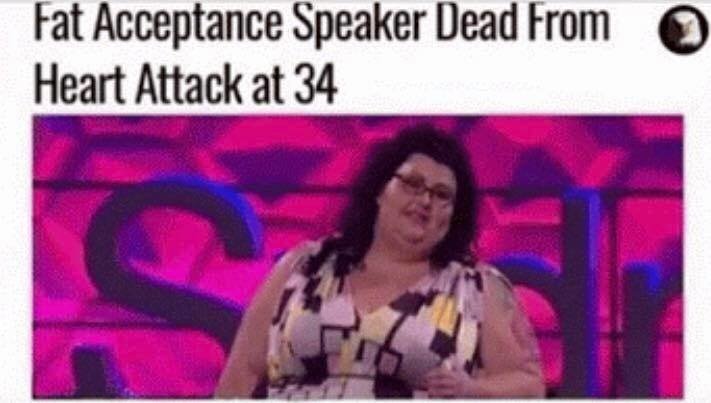 They were shaming Trump and his Dr. for obviously lying about the report.

Lies are insulting to those who value truth. The liar should expect ridicule and shaming.

Not so much to those who agree on lies and prefer them. In that case the liar should expect to become their leader.

The liar may seek to become their master.
10

I would have understood "hard dick"!