The "Gift Givers" and "Bug-Chasers"

Posted in religion because I think ideology too rigidly held is pretty much the same thing.

Apparently, there are people who don't think people with HIV/AIDS should be morally OR legally responsible for informing potential partners about their status:
http://freethoughtblogs.com/crommunist/2012/12/05/hivaids-stigma-canadian-edition-lite/

I can't really understand this piece very well, but the overarching concern seems to be the butthurt of missed sexual opportunities for HIV/AIDS positive people; apparently the burden of having to tell partners is too much: they're already oppressed enough. HIV/AIDS non-sufferers should take the burden of risk/asking their potential partner, instead. If they don't, oh F'Well (!!!)

But if you thought that is a completely "bizarre" position to have - in the sense that you put potentially unrequited lust above being a decent person, get ready for the "Gifters" - people who deliberately infect others with AIDS.

And even more sick, the "Bug Chasers" - people who WANT to get HIV/AIDS either because they hate themselves, that is gives them cache (that strange undertone from "Rent" that got mocked in South Park, "Everybody has AIDS") or they think (mostly falsely) that's it's a passport to freebies on the dole.

I shit you not:


But when Swain heard from friends that his former boyfriend was "spreading the ninja" â€” infecting people â€” he got tested.

The test came back positive, and Swain discovered that he already had full-blown AIDS. His immune system ravaged, he rapidly developed pneumonia, then nearly fatal kidney and liver failure.

He was shocked to find that a man he loved had knowingly spread a fatal illness.

Just as shocking to Swain was hearing about a few local men actually trying to get the virus that can lead to AIDS.

In gay chat rooms, he had heard of the shadowy world of "gift givers'' â€” those who knowingly spread the incurable virus â€” and "bug chasers'' â€” those who seek it out. The sardonic nicknames describe people who refuse to believe the virus is deadly, or who know it is and don't care who is harmed. Swain had trouble believing such a phenomenon had touched his own community, much less his own life.
http://www.tampabay.com/news/health/article1170784.ece 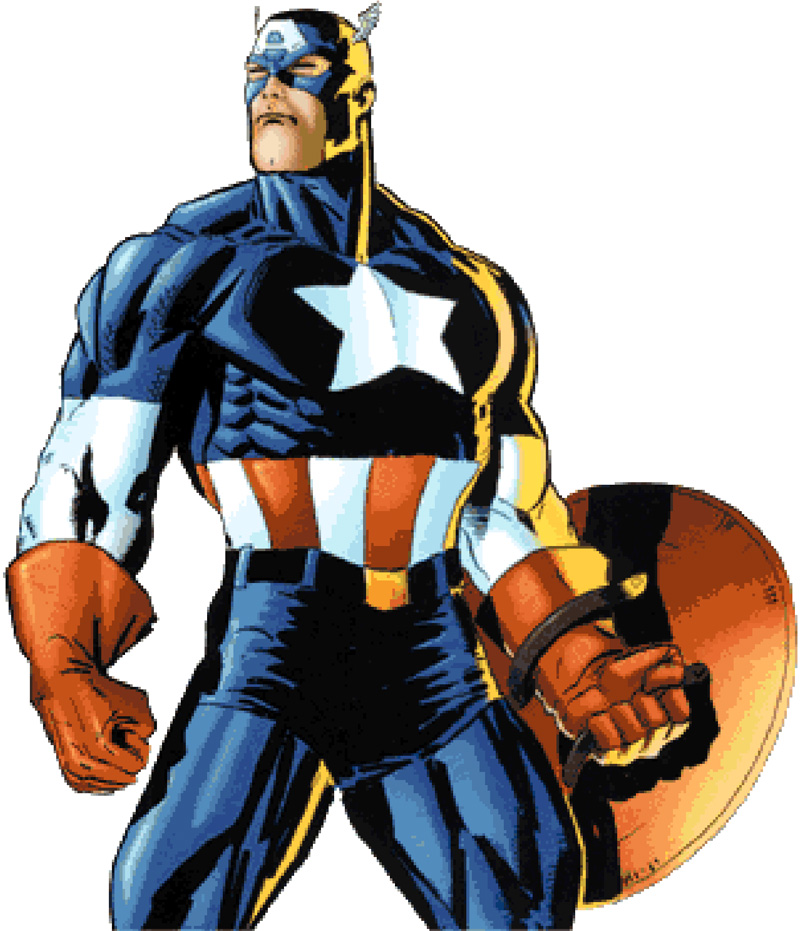 What's not surprising is, that male/male sodomy is the only thing on your mind, all the time. Why do you think it is, that you are so fixated on gay mens sex lives?

Both gays and straights transmit HIV, therefore this discussion is not germane to the discussion of the morality of homosexuality. If anything, this thread justifies legalizing same sex marriage as doing so would decrease homosexual polygamy and the transmission of HIV.

Apparently, there are people who don't think people with HIV/AIDS should be morally OR legally responsible for informing potential partners about their status:

As a firm believer of the law of unintended consequences, I do have one grave concern regarding laws requiring HIV-infected to disclose this information: such laws would strongly discourage testing and treatment of AIDS and thus might actually increase HIV transmission and the AIDS death toll.

I see your concern, but I think the threat to public health and the principal of informed consent outweighs it. We expect people to warn others of infectious illness, cover their sneeze, refuse to shake hands when sick. It's common courtesy really: "I'd shake your hand, Mr. Jones, but I've just gotten over a bout of pneumonia." HIV/AIDS is far more serious than pneumonia, which seldom kills otherwise healthy adults.

There are many HIV sufferers who either rationalize or remain in ignorance of the specifics of their own disease. For example, many believe if their viral load is low, they cannot pass HIV; this is simply not the case, even at undetectable levels in the blood, HIV can still be spread. Unlike the 80s, thanks to the internet, HIV positive people have dating websites and forums where they can meet other HIV positive people for sex without spreading the disease to uninfected individuals.

Also when it comes to drug resistant TB and other nasty infectious diseases, we do not put the privacy and threat of harm to the sufferer ahead of the public health in general. We try home confinement, but if they routinely break it they get tossed in a minimum security prison hospital.

Speaking of this, check out the TB Quarantine Rapper:

The only solution to HIV is a vaccine that works retroactively, like the vaccine that eradicated smallpox. TB could have been eradicated the same way but the Reagan administration cut funding for the program. TB and smallpox both spread much more easily than HIV though; you can't get HIV from shaking hands or merely being in a confined space with infected persons, as you can with smallpox and TB, so Pat Buchanan's scarlet letter tattoo idea was not a good suggestion. HIV has become an industry, the drug companies are not interested in a vaccine, the momentum of the industry is to put more people on more pills. If the public demanded a retroactive vaccine, we would have one for a fraction of what we currently spend on treatment (or an even smaller fraction of what we currently spend on wars). Instead, the public cheers the military like a sports team, we get war all over the world, and the evening news is brought to you primarily by PhRMA so we see millions of people on daily pills.

Apparently, there are people who don't think people with HIV/AIDS should be morally OR legally responsible for informing potential partners about their status:

As a firm believer of the law of unintended consequences, I do have one grave concern regarding laws requiring HIV-infected to disclose this information: such laws would strongly discourage testing and treatment of AIDS and thus might actually increase HIV transmission and the AIDS death toll.

the fact that you think (and I agree) that trying to force people [who engage in activity that make them likely to get AIDS] to share their results would not work, shows that you do not trust these people to act responsibly, nor morally. You are sure they will behave selfishly and irresponsibly and immorally, with zero concern for any other member of society. They tend to constantly blame someone else for thier position in life. We agree about this. It is not possible to legislate morality .... and you cant legislate immorality either.

I don't think people with HIV/AIDS should be under house arrest or otherwise imprisoned, unless they are proven to engage in non-informed consent sex with other individuals. This is a public health issue; and the infectee who was given HIV/AIDS from a knowing but non-informing partner may go on to spread his disease to others, since he may have no clue he has HIV for a long time - possibly until the HIV brings on the AIDS (ie He fails to recover from a cold in a short amount of time and visits the hospital).

If somebody doesn't know they have HIV/AIDS, they wouldn't be subject to penalties. This can be discovered in court by looking at medical records. "The Jury will note that on 3/13/2003, the individual was tested positive for HIV. The Jury will not that on 9/15/2004, the individual applied for medicaid and social security disability with HIV/AIDS as the reason. The jury will note that the individual had sex with Mr. Garrison on 4/2/2005. According to the plaintiff, the defendant never mentioned they had HIV/AIDS, and indeed said "I'm clean" prior to intercourse."

Edit: "During the Summer of 2005, the defendant slept with five other gentleman, three of whom are willing to testify that the defendant never informed them of his HIV positive status..."

BAP, SOME people will HIV/AIDS will act irresponsibly.

Exactly what I was going to say.

Bap, some people will behave selfishly. Some people will behave in consideration of others. Almost all people do both. It is possible to structure society to influence people to behave better, however, doing so accurately requires thought and careful planning. Humans are notoriously bad at managing complex systems. See The Logic of Failure.

The only solution to HIV is a vaccine that works retroactively

I know of a way we can eliminate all sexually transmitted diseases. The way is 100% certain to work, will cost almost nothing, and doesn't involve abstinence, monogamy, or condoms. The solution will provide benefits almost immediately, and will be completed in about 100 years. Here's the solution.

The problem, of course, is enforcement. But if everyone in group A was forced to wear a chastity belt and that belt could only be unlocked while in a closed room with only other members of group A, then the separation of the groups could be enforced. Eventually everyone in group A grows old and dies. When the last person in group A is done, a mere 100 years or so from now, all of humanity will be free from sexually transmitted diseases, at least until a new one evolves, which will take quite some time.

Best of all, group B doesn't even need to be monitored. You just have to force the assholes in group A, namely us, to wear chastity belts while around group B. Again, this might be inconvenient and unpleasant, but it's a pretty small sacrifice to make to ensure freedom from STDs for all of humanity in the near future. It's the most unselfish thing we could do for our grandchildren. Of course, this will never happen because unselfish cooperation on a world-wide scale is beyond the pitiful capabilities of our species.

[And before some dumb ass suggests that I start, it doesn't work unless all people in group A are forced to comply.]

yep, that would work.